Charles Darwin, acclaimed father of evolution, was fascinated by the Galapagos Islands – and for good reason too. Owing to the islands’ geographical isolation and its resultantly stable ecosystem, its animals have evolved very differently from those elsewhere into species uniquely endemic to Galapagos.

The supreme lack of natural predators on the islands make these critters utterly indifferent to the presence of humans. Featuring a wide range of habitats across the islands, from coral reefs to lush forests, the host of creatures to which the Galapagos is home remains an unrivalled enigma.

Intriguingly, our favourite festive season has an eponymous iguana, residing upon the shores of the Galapagos Islands and nowhere else in the world. They are extraordinarily able to live on both land and sea and can stay underwater for up to an hour.

Due to the Christmas iguanas’ algae diet, they end up ingesting too much salt from the sea which has to be expelled somehow. So watch out for their dramatic snorts and sneezes that send sprays of saltwater into the air! And its flair for the dramatic doesn’t stop there. While adult Christmas iguanas are black for most of the year, the males change colours – an array of vibrant hues for different subspecies – during mating season.

The population on Santa Cruz Island show off red and black contrasts; the iguanas of Fernandina turn a dull green and brick red while those of Española flaunt their vibrant bright green and red – the most colourful, giving the Christmas iguana its festive name.

The three subspecies of their counterparts on land boast fluorescent shades you’d never expect on iguanas. The Galapagos land iguanas are a bright yellow and Santa Fe land iguanas have a muddier brown tone.

The pink land iguanas are, on the other hand, an unmatched fluorescent pink but are unfortunately a critically endangered species found only on Wolf Volcano on Isabela Island.

Probably one of Galapagos’ most famous species, the giant tortoises here are now one of the only two remaining groups of its kind in the entire world. In fact, ‘galapagos’ is derived from an old Spanish word for tortoises – that must explain their popularity among the droves of visitors. 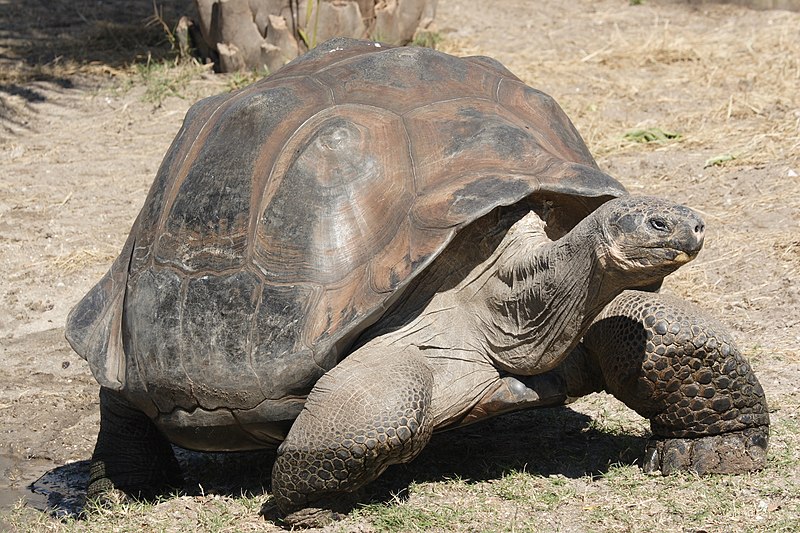 Find their largest populations mainly in the Santa Cruz highlands and at the Alcedo Volcano on Isabela. These monstrous creatures are the largest of their kind and can weigh up to 417 kg.

With an average lifespan of more than 100 years, it is no wonder they look like scaly prehistoric specimens reminiscent of cranky grandpas. But looks are deceiving; they’re actually very friendly reptiles!

What’s more, a species of giant tortoise (the Chelonoidis phantasticus) believed extinct for more than 100 years recently made an appearance on Fernandina, one of the Galapagos islands. Talk about a testament to Galapagos’ rich and unmatched biodiversity!

These fuzzy creatures are unexpectedly very comfortable with people and will lounge on the beach sun-tanning right alongside you. The beaches of the islands are always dotted with them rolling around in the sand.

Besides soaking up sun rays on the sand, take a thrilling swim with the playful sea lions as they poke inquisitive snouts at you.

Did you know you can easily tell male and female Galapagos sea lions apart? Males are two to three times larger than females and have a conspicuous bump on their heads unlike females with smooth heads.

As precious as they are, you need to know that the Galapagos sea lions are becoming endangered with around 20000 to 50000 of them left in the archipelago, enduring constant threats of infectious disease and the effects of El Niño. Contrary to popular belief, penguins don’t live only at the South Pole.

These chubby birds of Galapagos are the only ones of their species to live in such a tropical climate north of the Equator. At an average height of 49 cm, these are the second smallest penguins in the world.

Just like Galapagos’ host of other creatures, its native penguins are a friendly, docile species who are adorably fascinated by and unafraid of humans. Approach gently and if you’re lucky, the penguins may even swim alongside or around you. A once-in-a-lifetime experience! 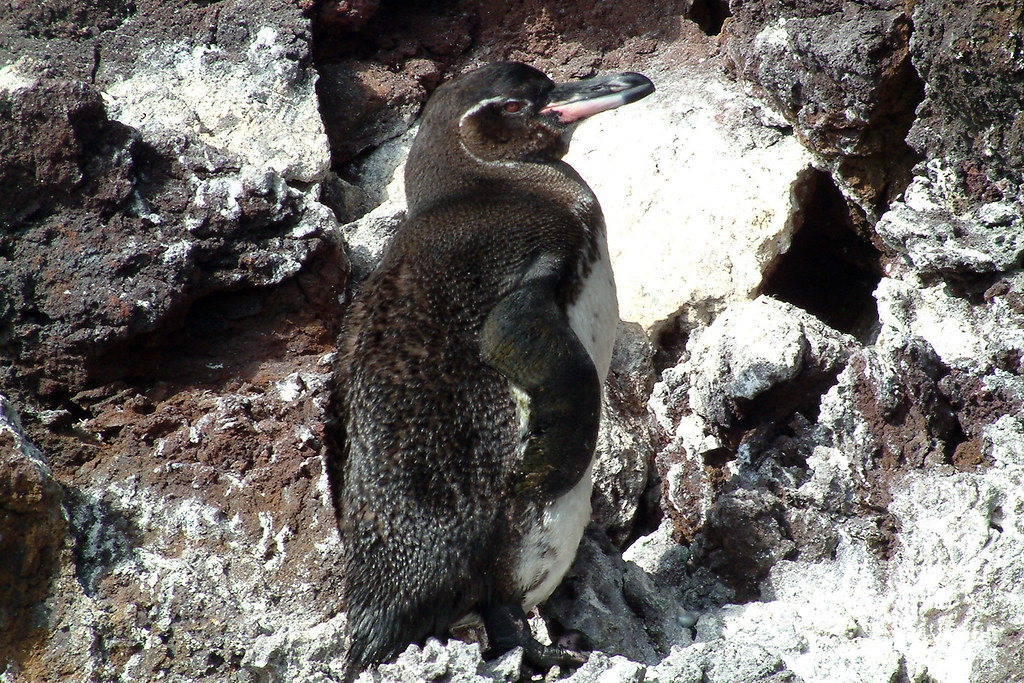 While they can be seen diving all around, encounter more of these lovely critters on Isabela and Fernandina where 90% of them live.

Currently, the Galapagos penguins are of a small population assessed to be endangered, threatened primarily by El Niño. Ongoing conservation efforts attempt to make conditions more liveable and suitable for mating.