The Taroko Gorge is famous for its natural marbled landscape, a panoramic view of which is best admired from atop the Bell Tower. Take the Swallow Grotto hiking trail to see some of the best Taroko has to offer but be sure to don the provided safety helmet before embarking on it.

Shaped by erosion of Liwu River into a valley narrow and deep, the potholes dug into the cliff faces became nests for swallows (hence its name) – if you’re early, you may see them flitting about catching insects above you. Look out for the Chief’s Rock which remarkably resembles an Indian chief.

If you decide to take the Biyang trail instead, the Water Curtain Cave is the final but no less impressive stop where you duck and dodge the cascading sheets of water from the cracks in the rock above. The point is to get a little wet, so ditch your umbrellas and raincoats for a truly splashing time at the cave. 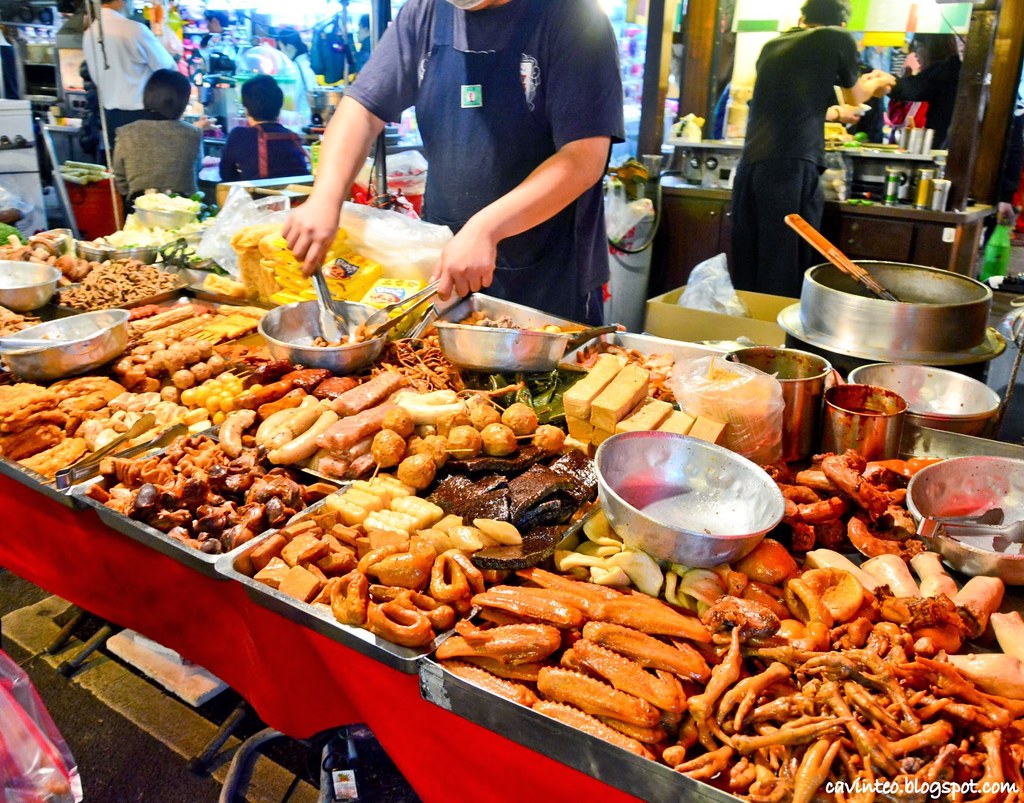 Situated a short walk away from Taipei’s largest clothing and accessories wholesale market, Wu Fen Pu, you get the best of both worlds when visiting Raohe Street Night Market.

While it’s not as sprawling (only around 600 meters) and thronging with crowds as the usual Shillin Night Market, this is one of the oldest night markets in Taipei and has its own generous array of must-try snacks. From Songshan train station, the Songshan Ciyou Temple you’ll see marks the beginning of your foodie journey here.

Right at the start, indulge in the Fuzhou black pepper buns which are baked a crisp golden and stuffed with savoury pork filling. Oyster vermicelli is also another street favorite with starchy vinegary soup, delicate strands of noodles and fresh plump oysters. Throughout the street, a signature odour lingers, drawing crowds to Shi Boss’ famed spicy stinky tofu. Its tangy can’t-get-enough flavour is more than worth braving the overpowering smell.

The first displays an array of recreated traditional houses that you can explore alongside the wax figurines. Get a glimpse into the indigenous culture of Taiwan through traditional tribal performances at the Naruwan Theatre.

The European Garden boasts a vast field full of beautiful cherry blossoms backdropped against mountain foliage that you won’t want to miss in February.

Wrap up your educational day with some fun at Amusement Isle. Adrenaline junkies are sure to enjoy ‘UFO Freefall’, the tallest free-fall ride in Taiwan, as well as ‘Maya Adventure’, a suspended roller coaster that twists and turns. 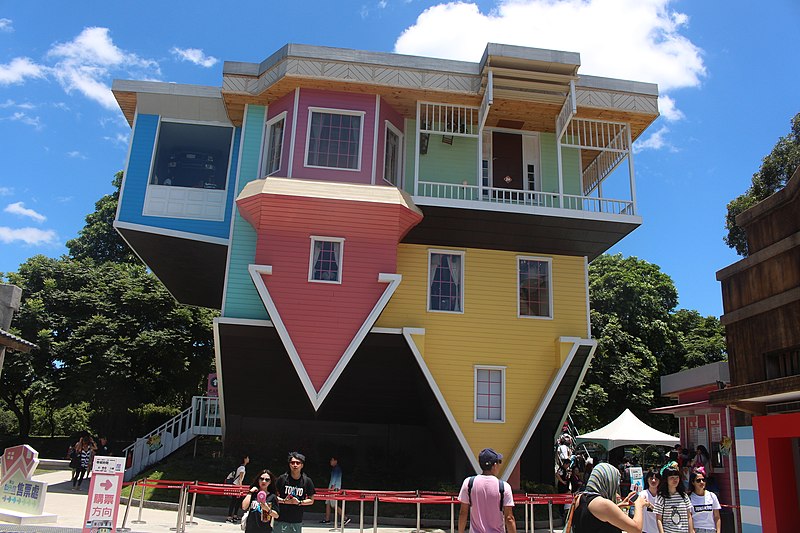 Upside Down Houses in Huashan

Known as Taiwan’s creative pulse, Huashan 1914 Creative Park is home to all things quirky and artistic, showcasing eclectic works and crafts young hipsters can spend hours indulging in. This artsy hub – and all 19,800 square meters of its expansive floor area – is a crucial hosting ground for Taiwan’s most significant cultural activities.

Vintage stores, local indie brands and quaint book cafes are housed in remodelled brick warehouses that make for a cool photograph.There are even digital and interactive museums, a theatre and even a concert venue. Groove along to the mini outdoor concerts performed by Taipei’s aspiring young musicians.

At the Park, even its Starbucks outlet is out of ordinary – have a rare cuppa cold-filtered coffee painstakingly brewed right before your eyes. Don’t miss out on Simple Kaffa’s confectionery delights: melt-in-your-mouth Castella Cake with a sweetly gooey interior and their Matcha Roll Cake with a richly creamy filling. 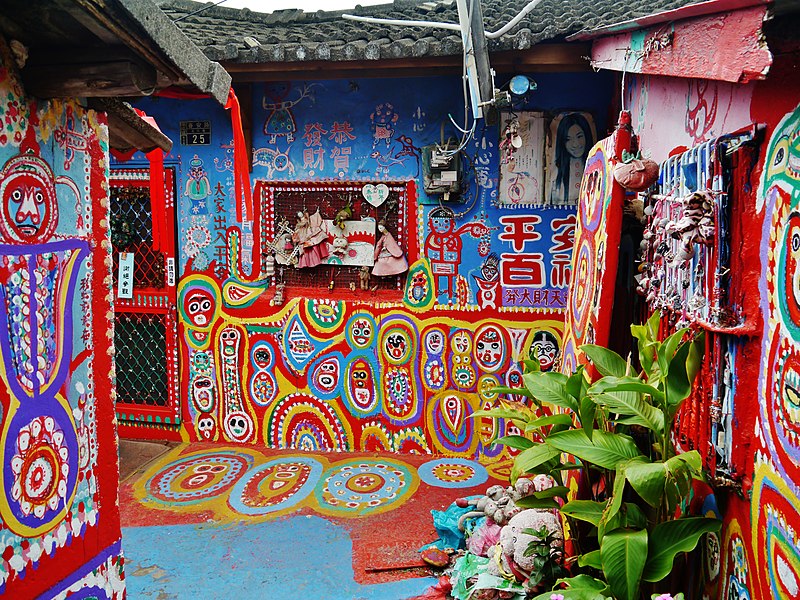 One look into Rainbow Village and you’ll know why it’s called what it is. Awash with striking colours and geometric designs, these dilapidated houses are given a completely new lease of life as tourists stream in to capture Instagram-worthy shots.

The village has an interesting backstory to go with its picturesque landscape. A former soldier, Huang Yung Fu, had begun painting the walls of his home and surrounding buildings to preserve them against the government’s plans to demolish his village.

Now at 94 and hailed as Rainbow Grandpa, Huang still lives in the village and sets about maintaining his artworks at 4am in the mornings.

Walk along the village’s paths and be enthralled by Huang’s surrealist artworks – if you’re lucky, you may even meet him and get a photo with Taiwan’s own Hayao Miyazaki.