Home to some of the strangest foods in the world, Japanese cuisine may come as a shock to many. Brace yourself as we bring you our top weird picks – only for the strong stomachs!

Imagine your meal still writhing on your plate – definitely the stuff of nightmares, especially when you realise it isn’t actually alive, but something of a zombie! Even the most adventurous of eaters ought to beware.

We do love (motionless) squid but this is pushing it. Pouring soy sauce (sodium chloride) over it brings the squid to ‘life’. The science behind it explains that the latent electrical impulses still moving through its muscle neurons are the culprits behind the zombie ‘dance’.

Your dancing squid is usually killed only moments before you stick your chopsticks in so it retains this curious ability. All the fresher, I suppose! Inago no Tsukudani is essentially boiled locusts stewed in sweetened soy. Yay or nay? We still can’t make up our mind.

What we do know is it takes a brave soul to even put it in your mouth.

Amazingly, the insect is a traditional delicacy especially popular in rural regions like Yamagata.

First fried in a pot, the crispy insects are then simmered for a good while before being fried in soy sauce and sugar for its signature tang. 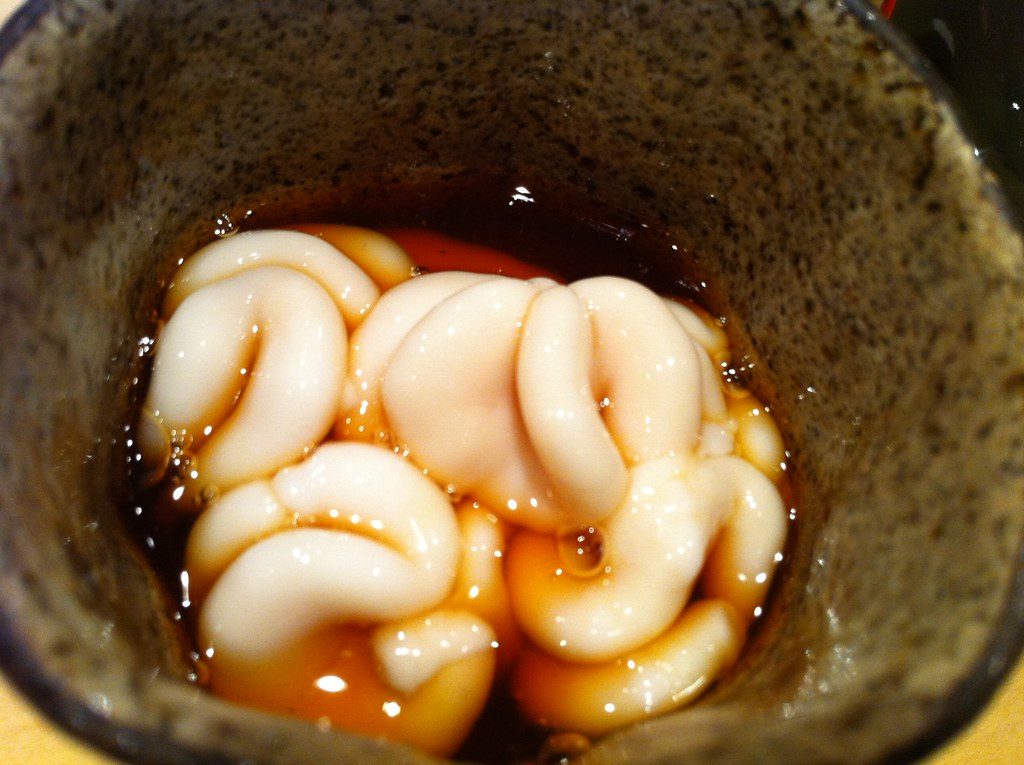 We’ve witnessed the Japanese eat literally everything in a fish including and not limited to its eggs (roe) and eyeballs. It’s time to taste shirako, the sperm sacs of a male cod.

One glance at these blobs of creamy white paste may already turn your stomach. It definitely doesn’t help that ‘shirako’ is translated to ‘white children’ in Japanese. Its soft caviar-like texture may not sit well with everyone but this Japanese delicacy still ought to be given a shot.

For those not entirely convinced, try the shirako tempura first. The tasty tempura fry on the outside makes the soft inner shirako more approachable! 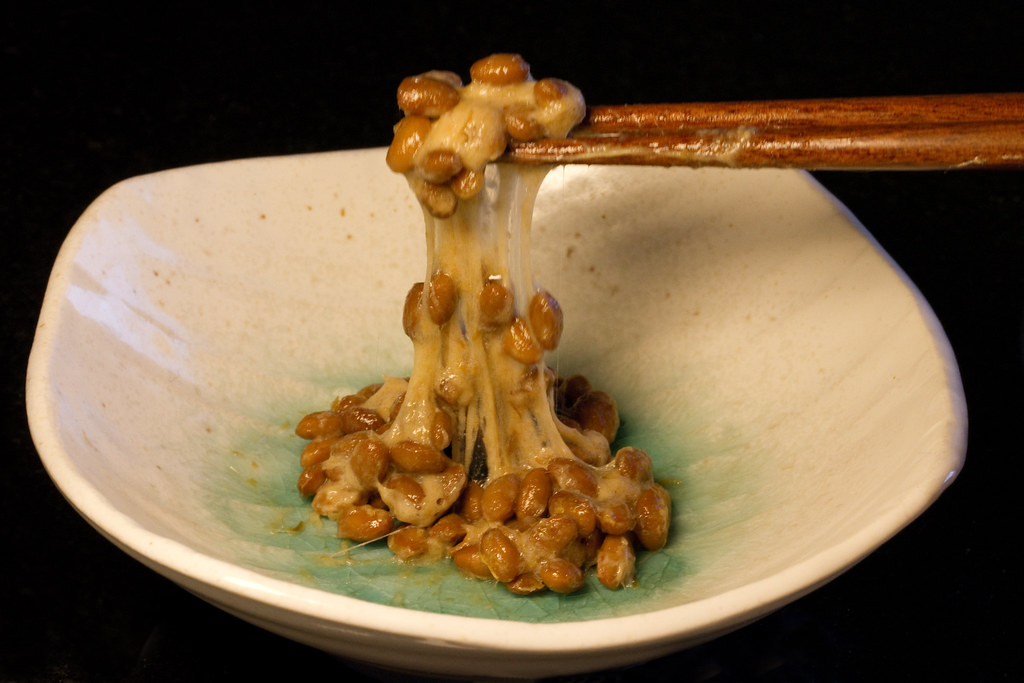 Don’t turn your nose up at the pungent smell of this ever-popular Japanese breakfast dish. Pick it up with chopsticks like the Japanese do and notice the gooey texture. These beans are fermented by bacteria and left to age for a week, producing a signature stickiness.

Add either spicy mustard or tare, a sweet soy sauce, and a raw egg and enjoy with Japanese white rice. Natto provides a generous dose of protein and vitamins, so eat up! 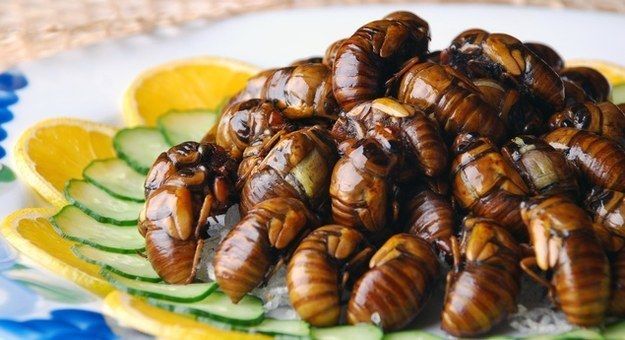 Yet another bizarre insect the Japanese cast-iron stomachs are able to hold down. This time, it’s bee larvae.

Honestly, there isn’t much of a way to make these look appealing – essentially a plate of wet-looking bugs.

Brace yourself for a crumbly sort of crunchiness on the first bite and then a disconcerting chewiness. Again, the texture isn’t for everyone. As sweet as they may taste, there’s an unnerving consciousness that you’re spooning bugs into your mouth!

If you weren’t absolutely horrified at aforementioned zombie squid, we bring you dancing ice fish which, shock horror, are actually eaten alive! They are tiny transparent fish that wriggle on your tongue like something out of a horror movie.

Traditionally, you are served a bowl of the fish with a quail egg and some vinegar. First, crack the egg into a cup and mix it with vinegar. Then, ladle some Shirouo into the concoction. Finally, it’s ready to be eaten!